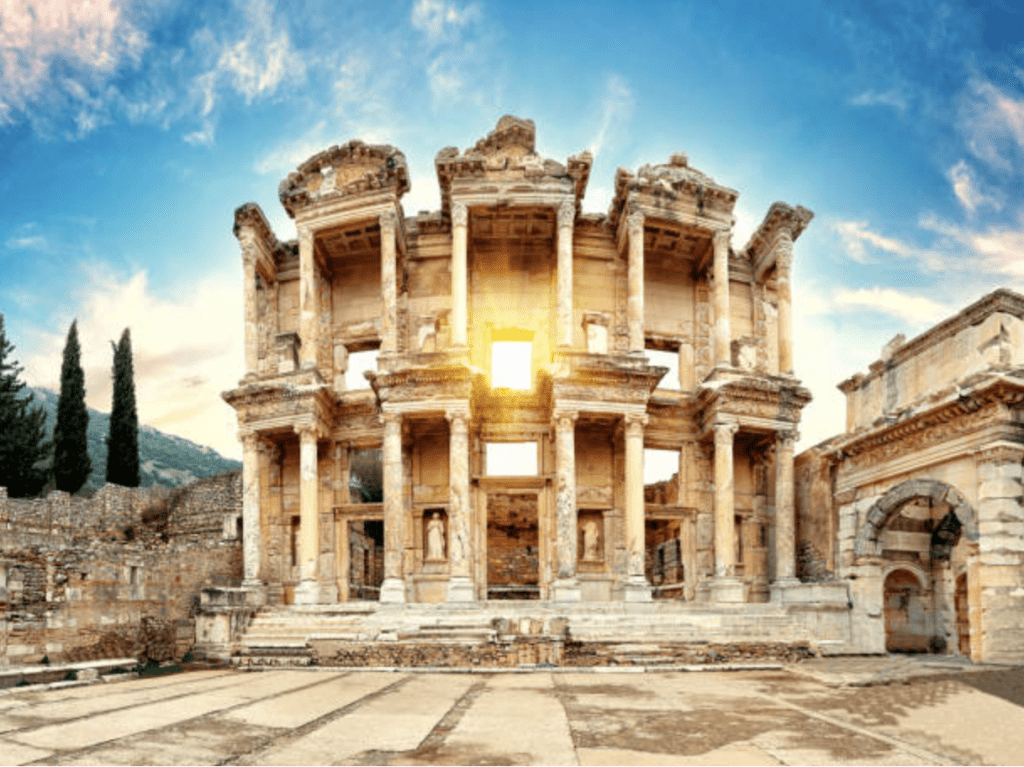 Can you believe it?  MissionFiT athletes have traveled the country of Turkey throughout eight weeks of summer.  The last stop in this summer journey is #8:  The City of Ephesus.  Let’s look around!

The Founding of Ephesus

According to legend, an oracle showed Androclos, the son of the Athenian king Codros, where he would establish a city.   “The oracles told him a boar and a fish would show him the new location.  One day, as Androclos was frying fish over an open fire, a fish flopped out of the frying pan and landed in the nearby bushes. A spark ignited the bushes and a wild boar ran out. Recalling the oracles’ wisdom, Androclos built his new settlement where the bushes stood and called it Ephesus.” (History.com)  Androclos’ descendants ruled the city initially, followed by oligarchies and tyrants.

The city was also renowned as a center for magical practices. Foremost among these were the so-called “Ephesian Letters”.  These were written magical spells thought to contain apotropaic power to ward off evil spirits.  Acts 19:19 describes the number of new Christians involved in such sorcery.  These Christians renounced such practices by burning the scrolls rather than selling them.   The estimated value at the time was equal to 50,000 day’s wages.   In addition, at least fourteen other deities were identified with pagan temples in Ephesus during the 1st century AD.

Ephesus has a rich Christian history. On his 2nd Journey Paul was attempting to reach the city when the Holy Spirit prohibited him from preaching in Asia. On his voyage back from Corinth to Jerusalem he stopped briefly here, leaving Priscilla and Aquila. While in Ephesus, he preached in the synagogue.  Paul was invited to return and Acts 19 records his 2-3 years of productive ministry in the city.   This became his base for preaching to the entire province of Asia.

Around 150 AD, Justin Martyr probably had his famous dialogue with Trypho in the covered colonnade of the harbor bath.

The 3rd ecumenical council was held here in 431 AD.  As well, the presence of Jews in Ephesus is richly documented.   Josephus alone makes 10 references to that fact in his writings.

Ephesus was an ancient port city whose well-preserved ruins are in modern-day Turkey. The city was once considered the most important Greek city and the most important trading center in the Mediterranean region. Throughout history, Ephesus survived multiple attacks and changed hands many times between conquerors. It was also a hotbed of early Christian evangelism and remains an important archaeological site and Christian pilgrimage destination.

The ancient history of Ephesus is sketchy due to poor record keeping. However, in the seventh century B.C., Ephesus fell under the rule of the Lydian Kings.  Ephesus became a thriving city where men and women enjoyed equal opportunities.  It was also the birthplace of the renowned philosopher Heraclitus.

The ancient world knew Ephesus as the home of the Temple of Artemis.  As a result, thousands traveled to Ephesus each spring for the annual Artemis festival.   Artemis was the goddess of the hunt, chastity, childbirth, wild animals and the wilderness.  She was also one of the most revered Greek deities. The Lydian King Croesus, who ruled from 560 B.C. to 547 B.C., was most famous for funding the rebuilding of the Temple of Artemis in Ephesus.  However, modern-day excavations have revealed that three smaller Artemis temples preceded the Croesus temple.

In 356 B.C., a crazed man named Herostratus burned down the Temple of Artemis. The Ephesians rebuilt the temple even bigger almost four times larger than the Parthenon.  Later, the temple became known as one of the Seven Wonders of the World.   The Book of Acts (Chapter 19) mentions the worship of Artemis.  So, the worship of Artemis remained in opposition to Christianity until the temple was destroyed by the Goths around 262 AD.  Little remains on site today.  However,  some remnants are in the British Museum, including a column with Croesus’s signature.

Under Alexander the Great

In 334 B.C., Alexander the Great defeated the Persians and entered Ephesus. Upon his death in 323 B.C., one of his generals, Lysimachus, took over the city and renamed it Arsineia.  Lysimachus moved Ephesus two miles away and built a new harbor and new defensive walls. The Ephesian people, however, wouldn’t relocate and remained in their homes until Lysimachus forced them to move. After Lysimachus’ death at the Battle of Corupedium in 281 BC, the city was renamed Ephesus.

Be Awestruck amid the Vast Ruins of Ephesus 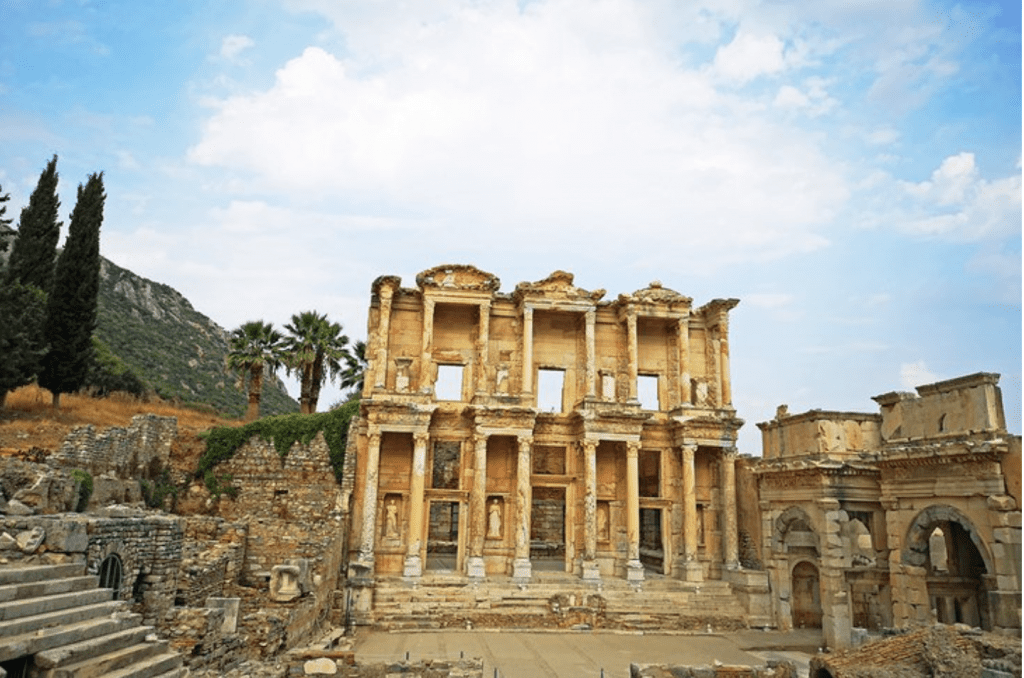 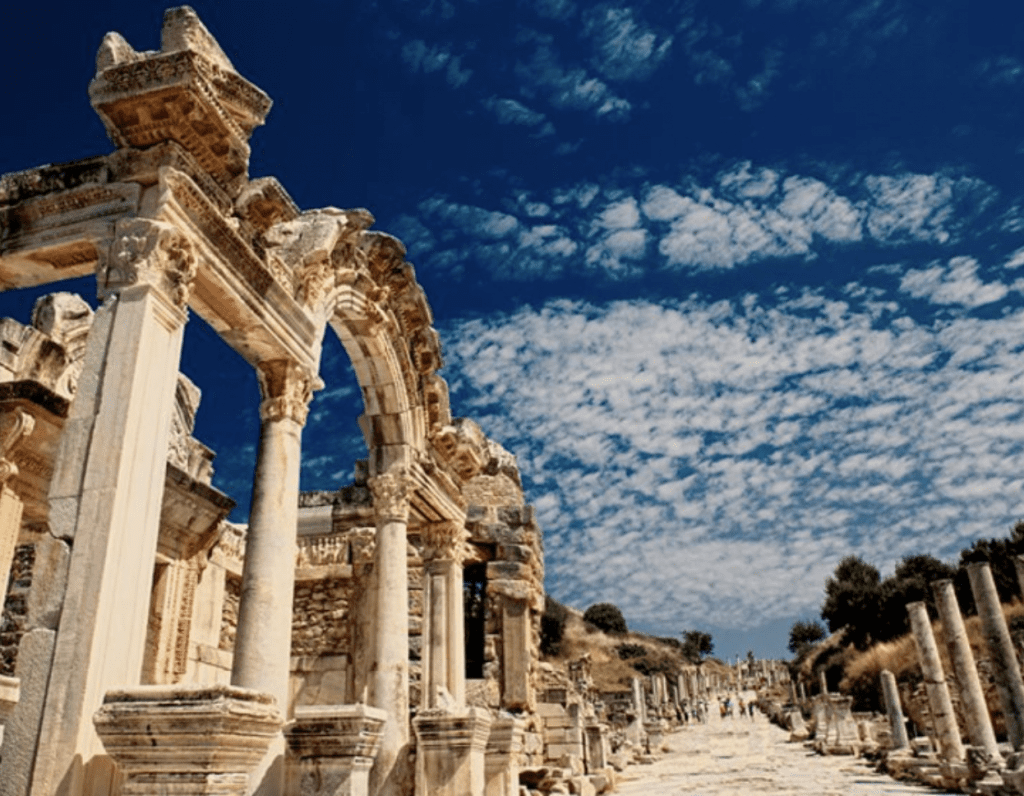 Explore the Remains of the Basilica of St. John 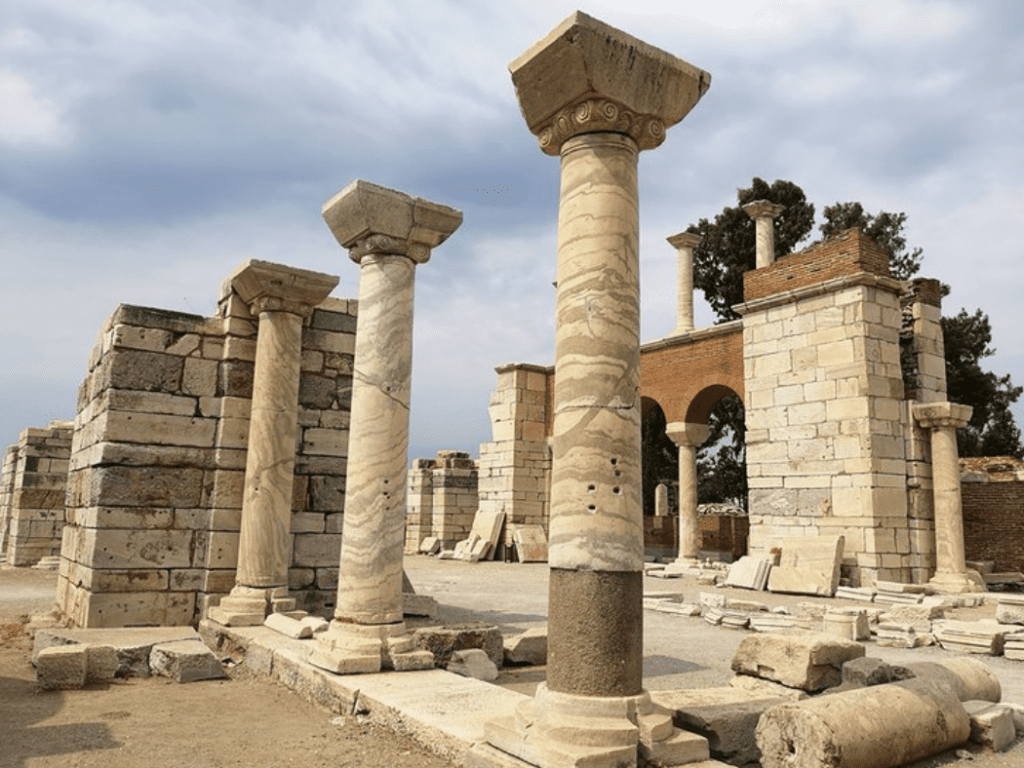 Visit the Scant Remains of the Temple of Artemis 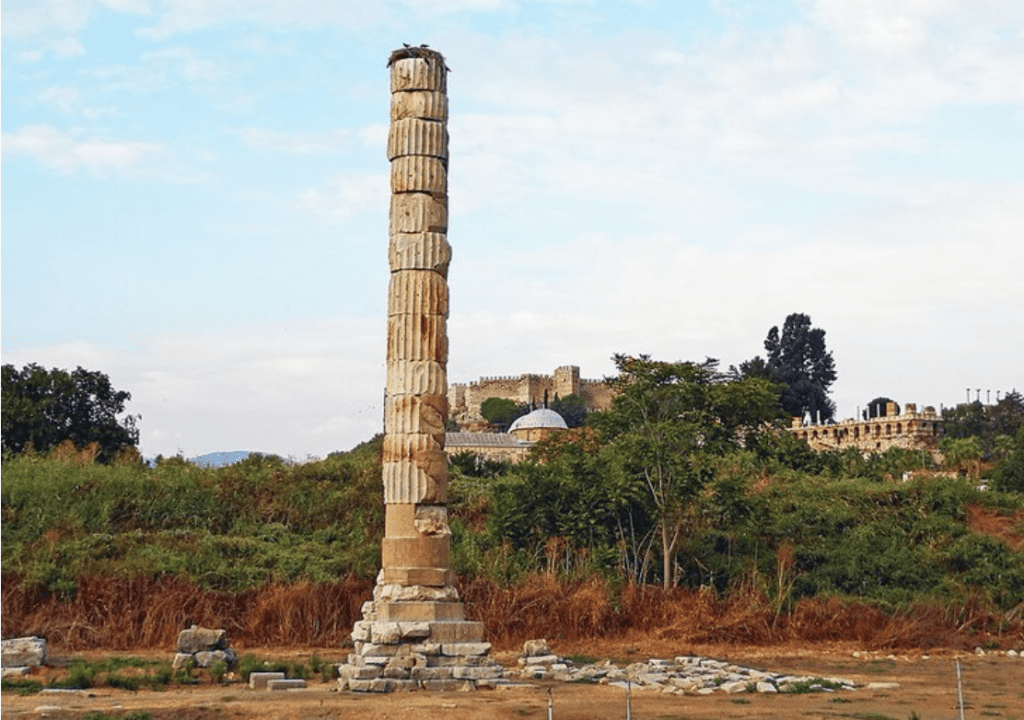 Just one lonely column (topped by a stork’s nest) is all that remains of the Temple of Artemis, once one of the Seven Wonders of the Ancient World.

Soak Up the Views from Ayasuluk Fortress 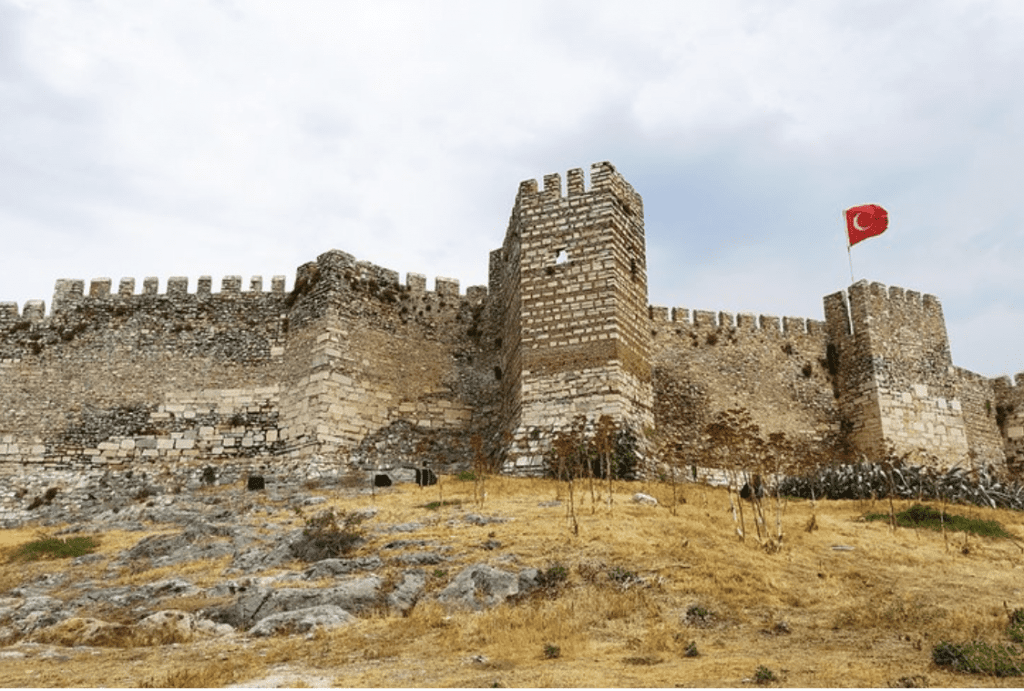 Head to the Grotto of the Seven Sleepers 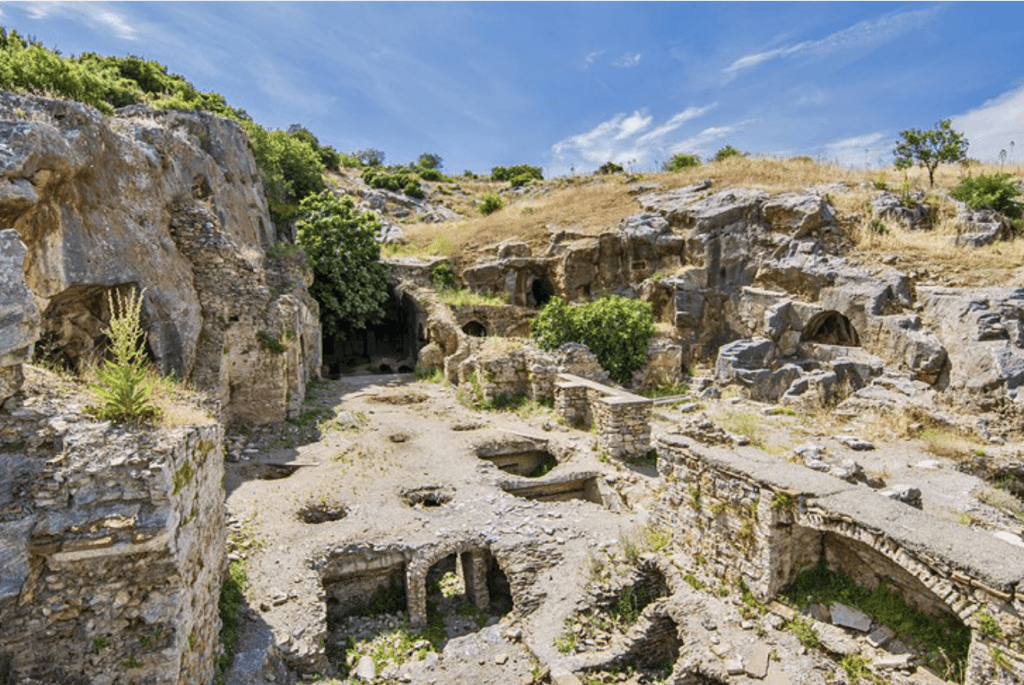 For tonight’s dinner, we will be enjoying the tastiest pita in town at Selçuk Pidecisi. 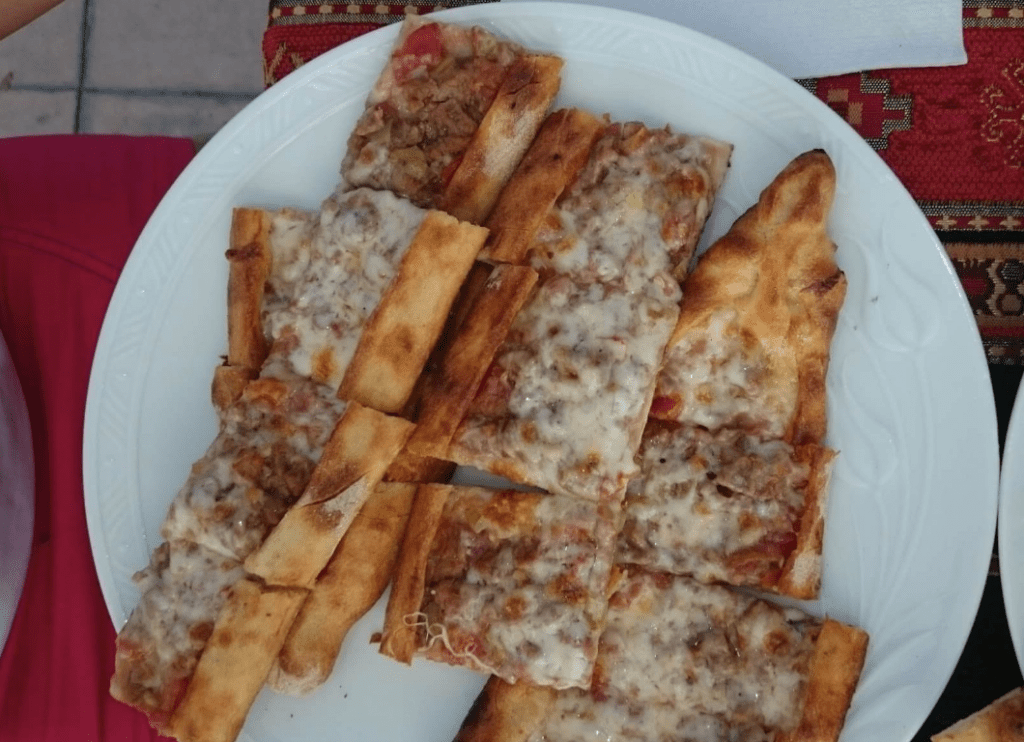 What a day! Time for some shut eye at our hotel, Akanthus Hotel Ephesus, before another day of adventure. 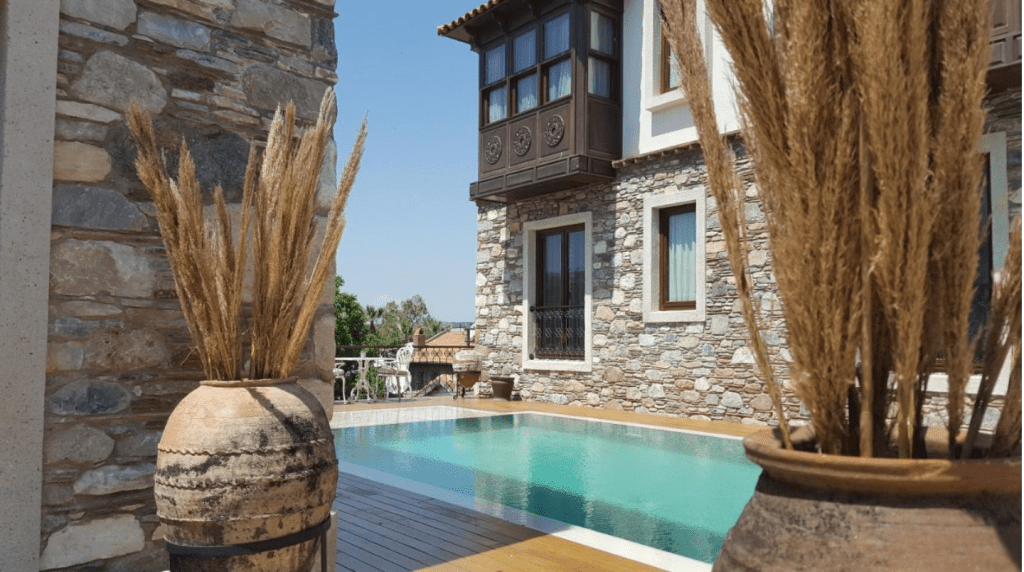 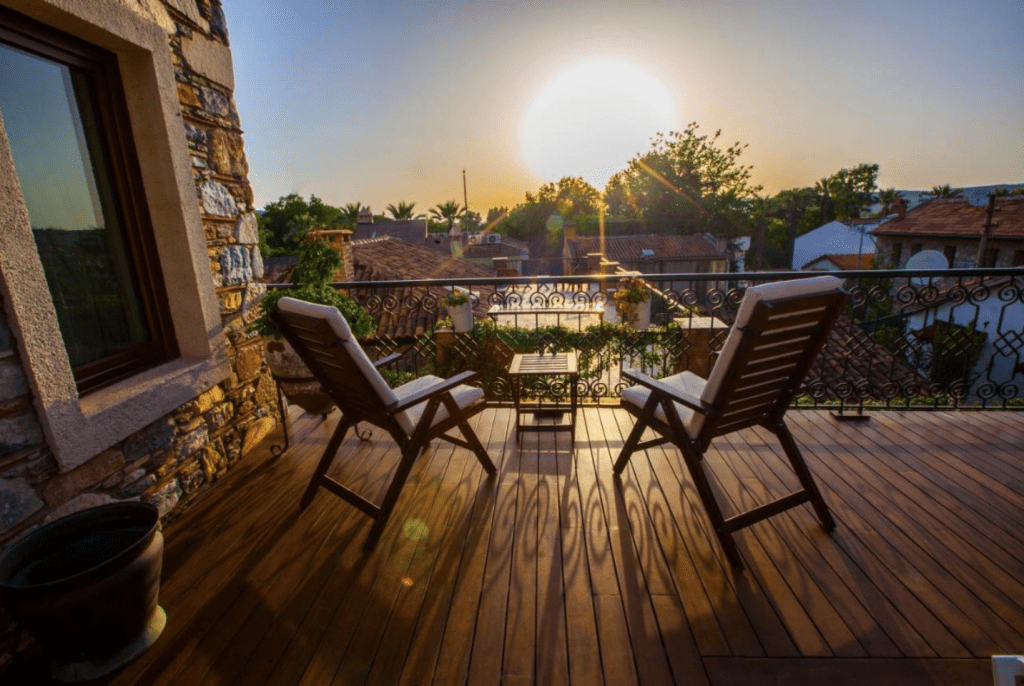 Congratulations!!!!! You’ve reached the end of the challenge! 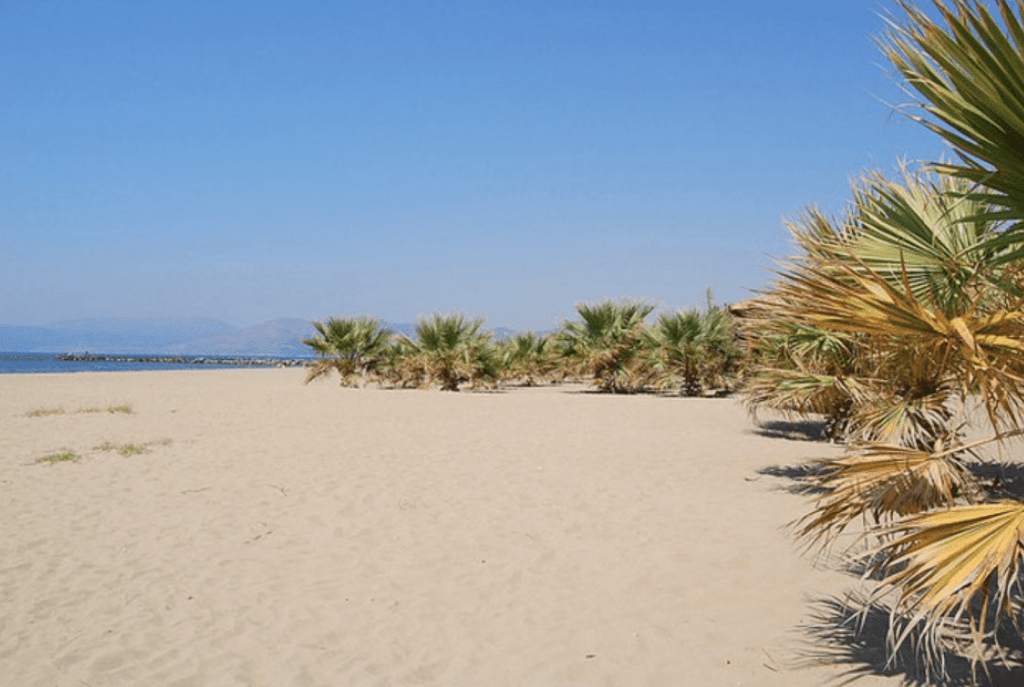