Pergamum is one of the seven churches to receive a letter from the “Angel, the divine messenger”.  The letter commends the church for remaining in faith.  Yet, the letter also warns of the judgment to come because some in the church at Pergamum accepting false teachings of Baalam and the Nicolaitans.  As a result, there is idolatry in the church.  Of course, this is something to beware of in a Christian’s life today, too.

A Few Quick Facts On Pergamum

Some History Of Pergamum, Milestone #7 In Our Summer Journey Through Turkey

Pergamum (Greek-Pergamon) is an ancient Greek city in Mysia, situated 16 miles from the Aegean Sea.  The city sits on a lofty, isolated hill on the northern side of the broad valley of the Caicus (modern Bakır) River.  The site is occupied by the modern town of Bergama, in the province of İzmir, Turkey.  Pergamum existed from the 5th century BCE, but became important only in the Hellenistic Age (323–30 BCE).  At that time, it served as the residence of the Attalid dynasty.  Their fortress and palace stood on the peak of the hill, while the town itself occupied the lower slopes.  Under the Roman Empire the city was situated on the plain below.

Pergamum had formal autonomy under the Attalids.  However, the Attalids interfered in most aspects of civic government. Initially they ruled Pergamum as vassals of the Seleucid kingdom, but Eumenes I declared himself independent of Antiochus I (263 BCE). When he died in 241, his nephew, Attalus I, came to power.  By 188 BCE, the original Attalid territory around Pergamum (Mysia) grew quite a bit.  Territorial acquisitions included Lydia (except for most Greek coastal cities).  In addition,  part of Phrygia, Lycaonia, and Pisidia (from 183 BCE) were acquired by the Attalids.  This expansion was accomplished as the result of Eumenes II’s alliance with Rome in its conflict with the Seleucid Antiochus III.

When Eumenes’ son and second successor, Attalus III, died without an heir, he bequeathed the kingdom to Rome (133).It was at this time the city became the first capital of the new province of Asia.   Rome accepted it and set up the province of Asia (129), which included Ionia and the territory of Pergamum, but left the other regions to neighboring kings, who were clients of Rome. Pergamum’s population was about 200,000 at this time.  The kingdom of Pergamum yielded much wealth, especially in agricultural surpluses and silver, first to the Attalid rulers and later to Rome.

The Attalids made the city of Pergamum one of the most important and beautiful of all Greek cities in the Hellenistic Age.   It is one of the most outstanding examples of city planning in that period.  They built a library excelled only by that at Alexandria. The kings after Attalus I collected many works of art from Greece to adorn the city’s temples and courtyards and also commissioned many works of sculpture, painting, and decoration from resident artists.  Attalus I was an avid collector of paintings and sculpture.  The collection he kept in Pergamum is the first known private art collection in the western world.

In 1878, the Berlin Museum began excavations of the area.  As a result,  archaeologists reconstructed the plan of the most important areas of the Hellenistic city.  Its monuments include a theatre, the temple to Athena Nicephorus, and the great altar of Zeus.  This altar has a richly decorated frieze, which is a masterpiece of Hellenistic art.  A part of the altar and its surviving reliefs are now restored and stand in the Pergamon Museum in Berlin.

The civic structures of the lower city included a large marketplace, a gymnasium, and temples of Hera and Demeter. Roman remains include an amphitheater, a theatre, and a racetrack. The early Attalids erected the first structures of the upper (royal) city.   But the later kings Eumenes II and Attalus III were chiefly responsible for the city’s great architectural and artistic reputation. After the fall of Rome, the Byzantines rule Pergamum.  Then the city passes into Ottoman hands early in the 14th century. 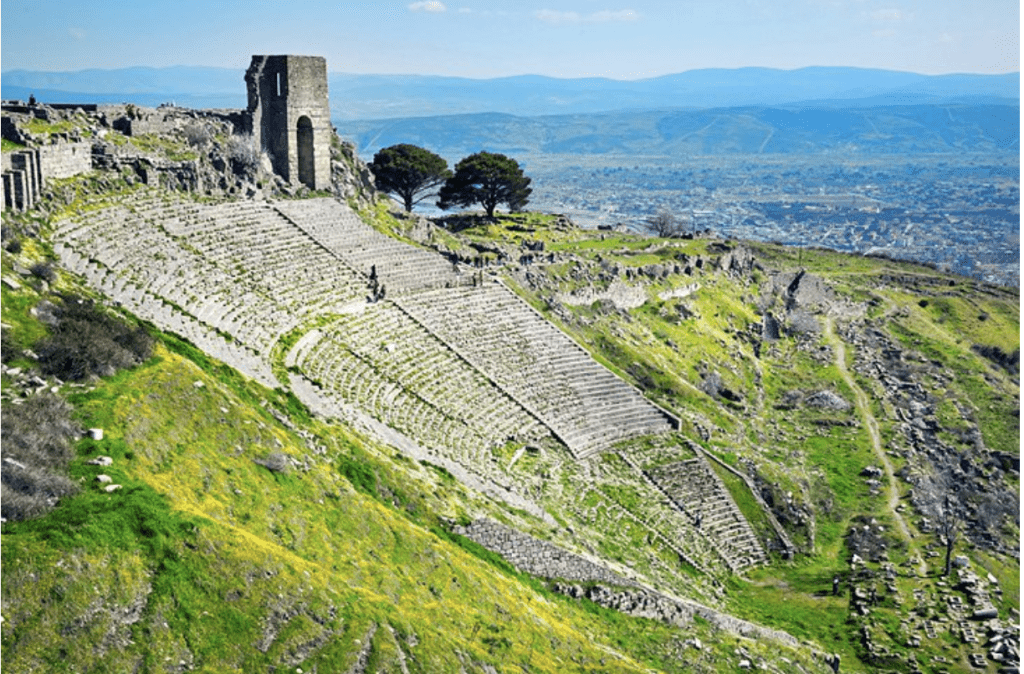 Tour The Temple of Trajan 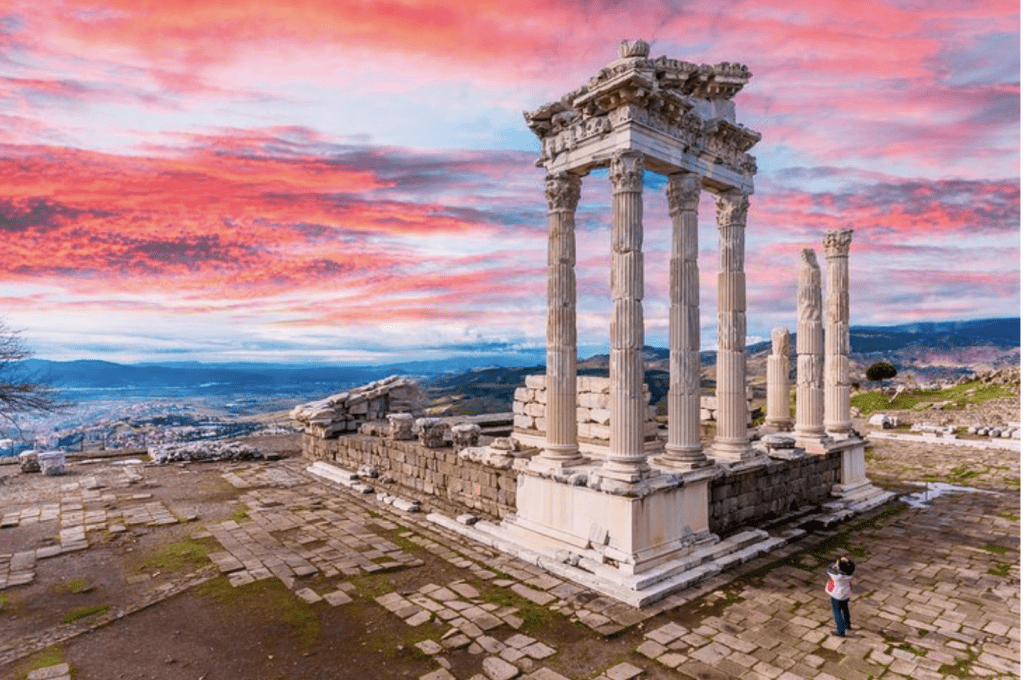 Check out the Red Basilica: 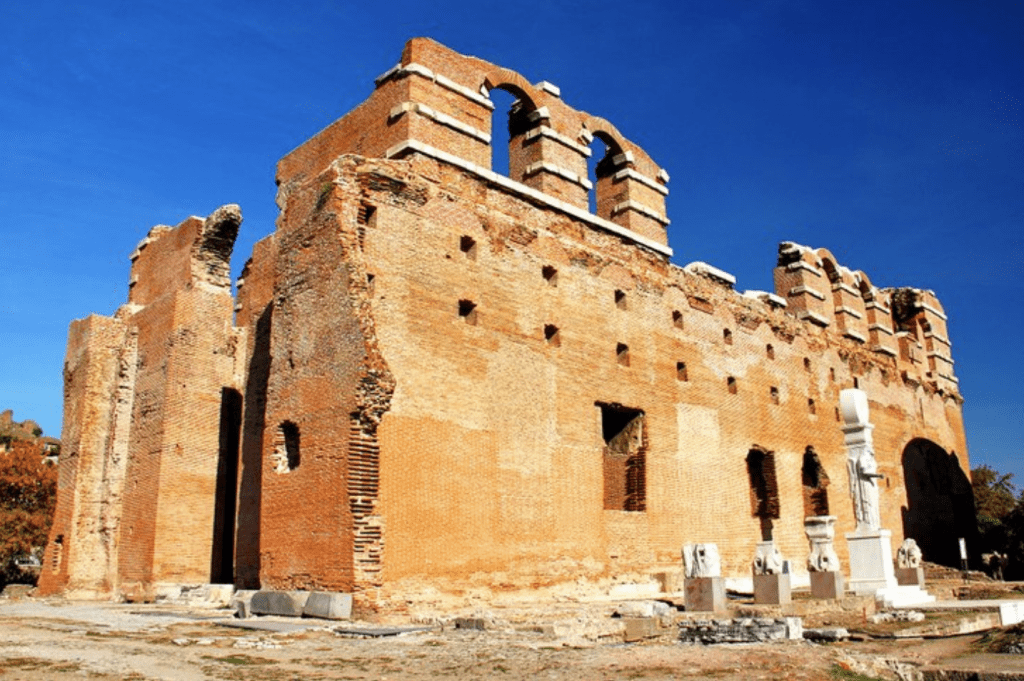 This massive red-brick ruin sits in Bergama town.   It was built by Hadrian (CE 117-138) as a temple dedicated to the gods Serapis and Isis.

During the time John wrote the letters that would become the Biblical book of The Revelation (around CE 96), Pergamum’s Christian congregation (referred to as the Pergamum church) suffered great persecution.  They were regarded as a seditious sect.   As a result, The Book of Revelation refers to Pergamum as the place “where Satan has his throne.” 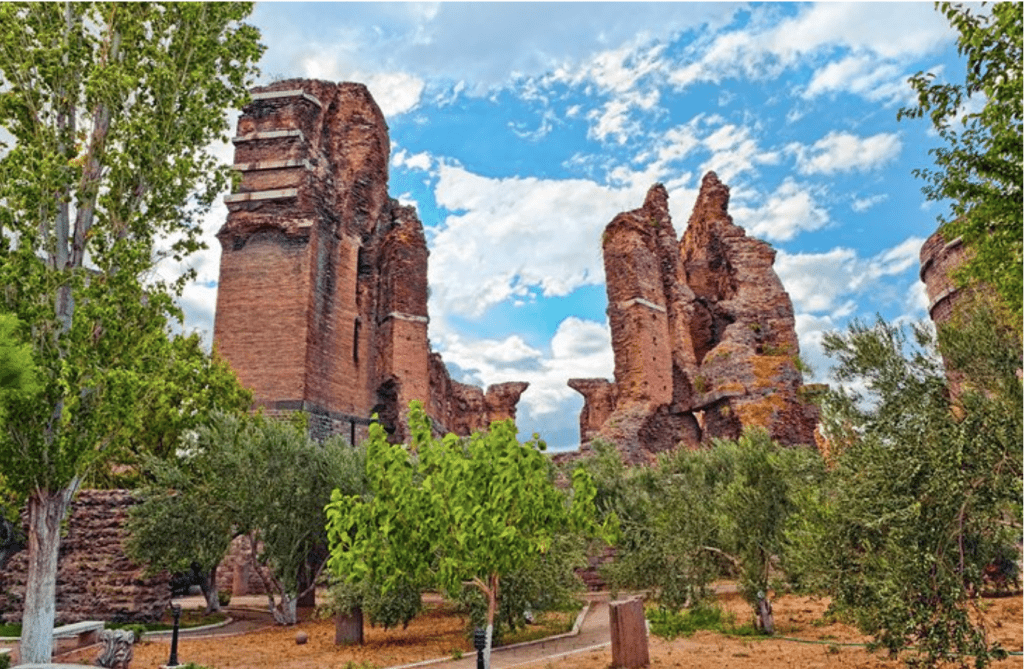 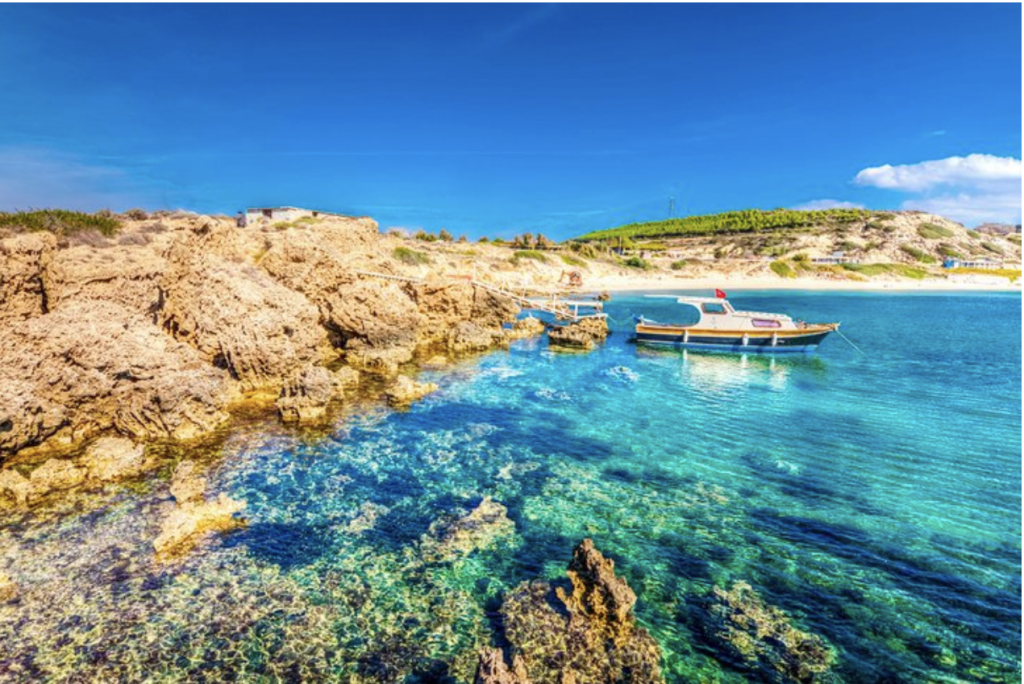 Soak Up the Scene in Alaçatı Village 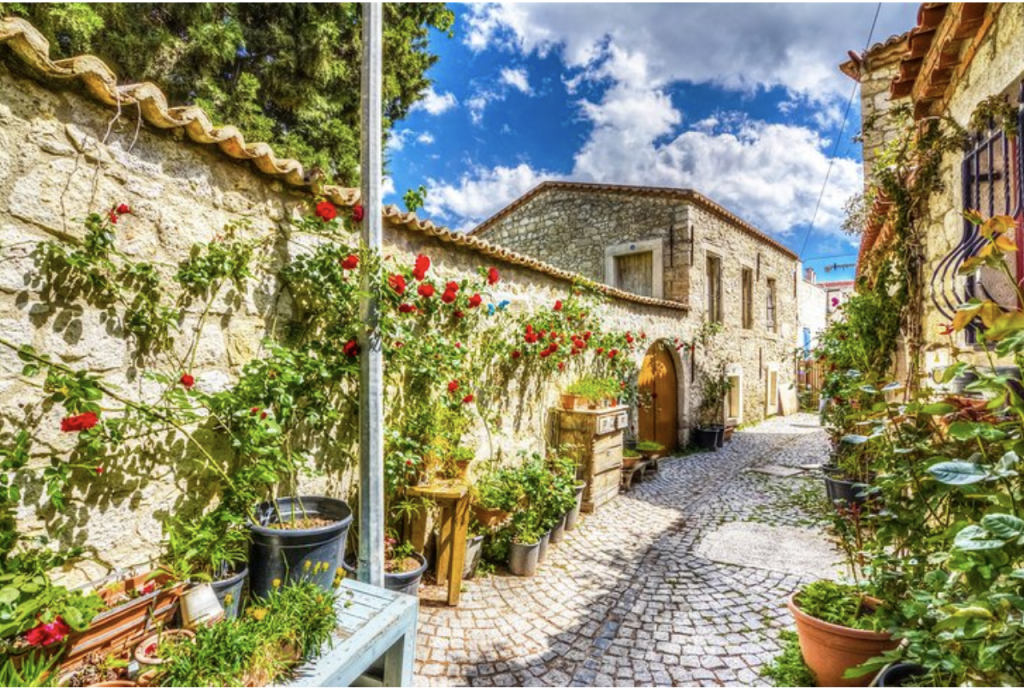 Stroll the Historic Lanes of Ayvalık 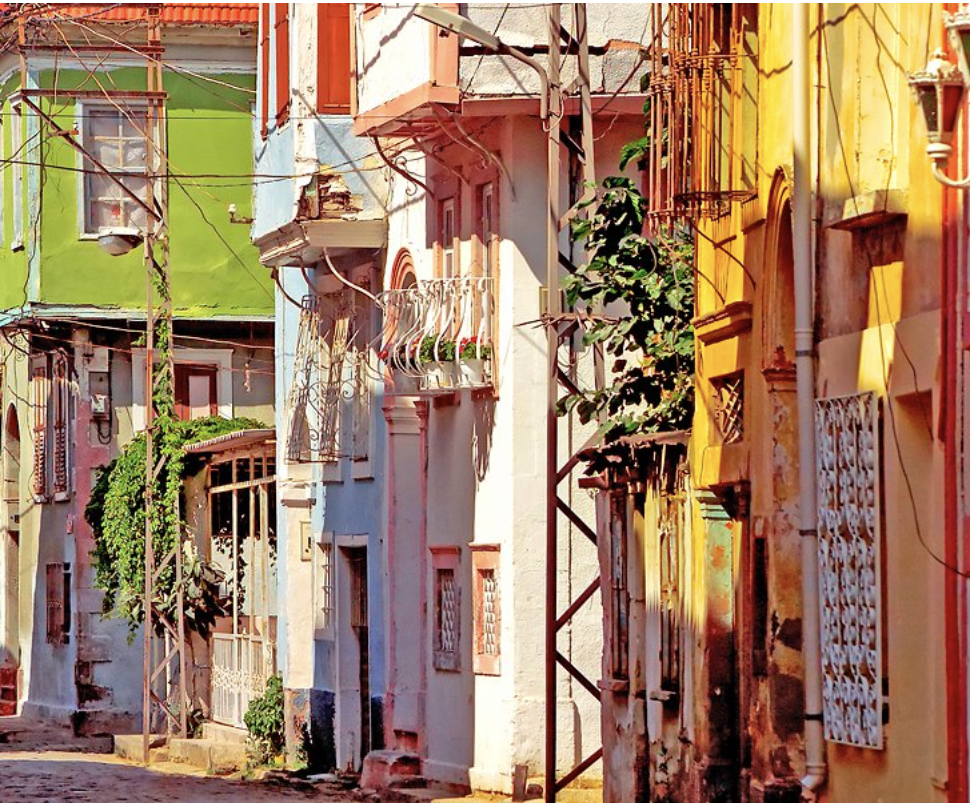 Check Out the Ruins of Assos 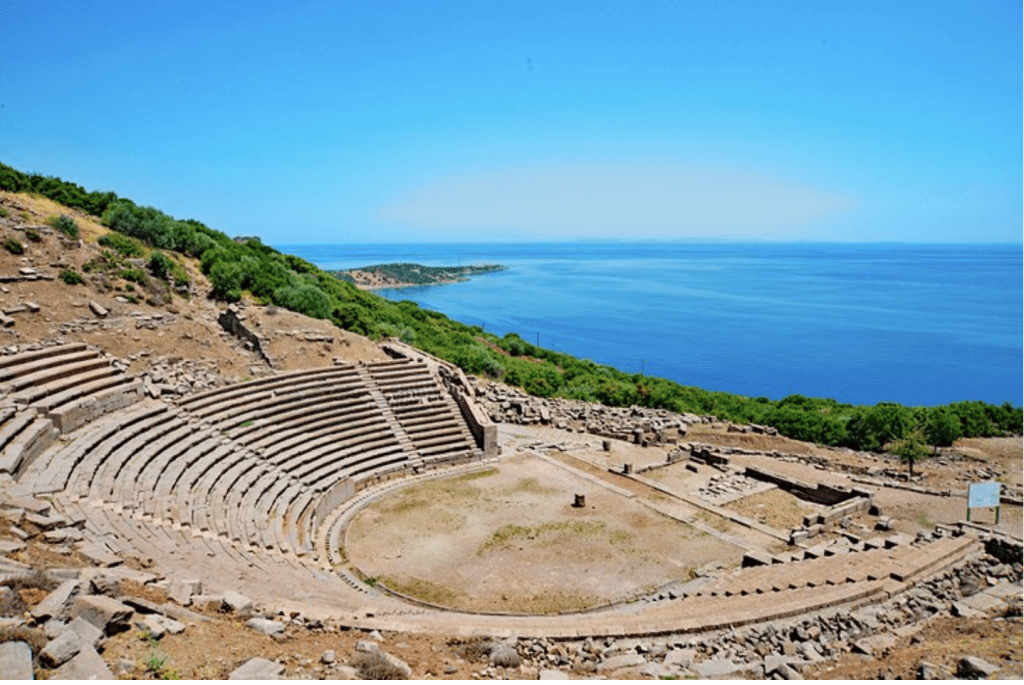 Tonight’s dinner will be at Cigirtna Evi for some good ol’ Turkish home cooking! 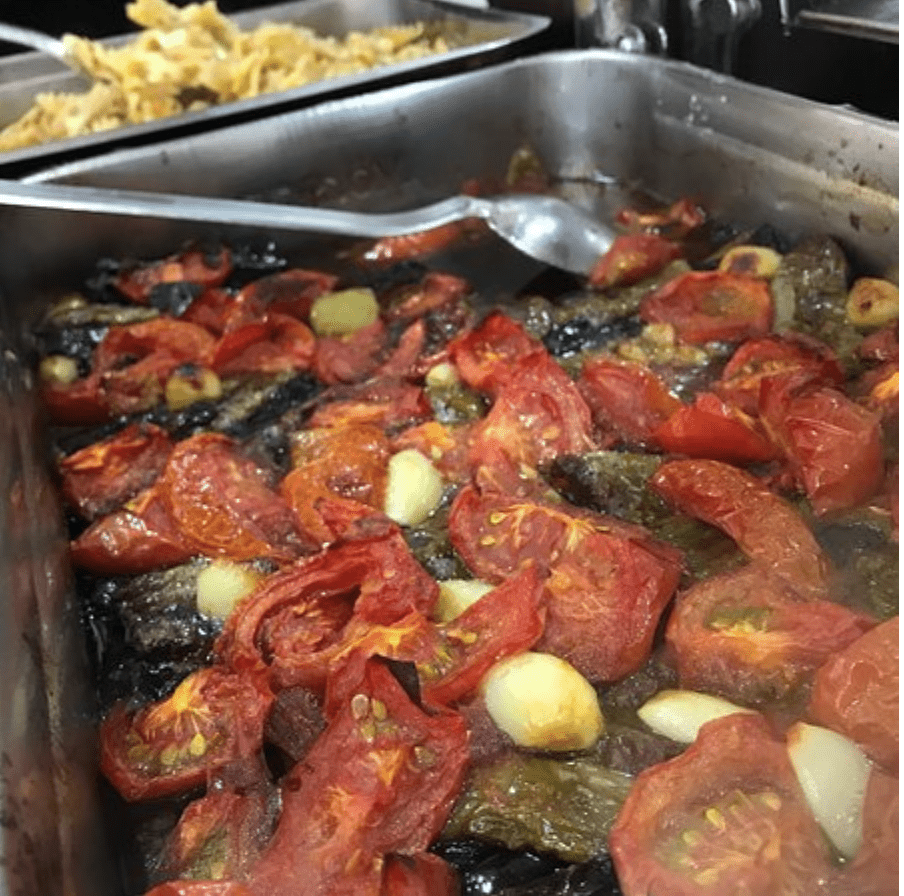 What a day! Time for some shut eye at our hotel, Kalem Island Oliviera Resort, before another day of adventure. 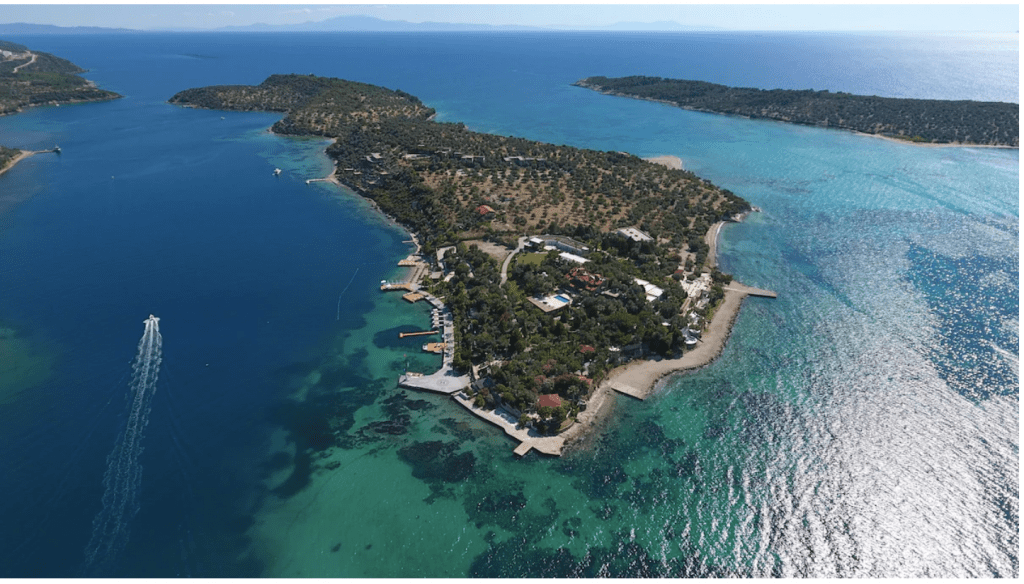 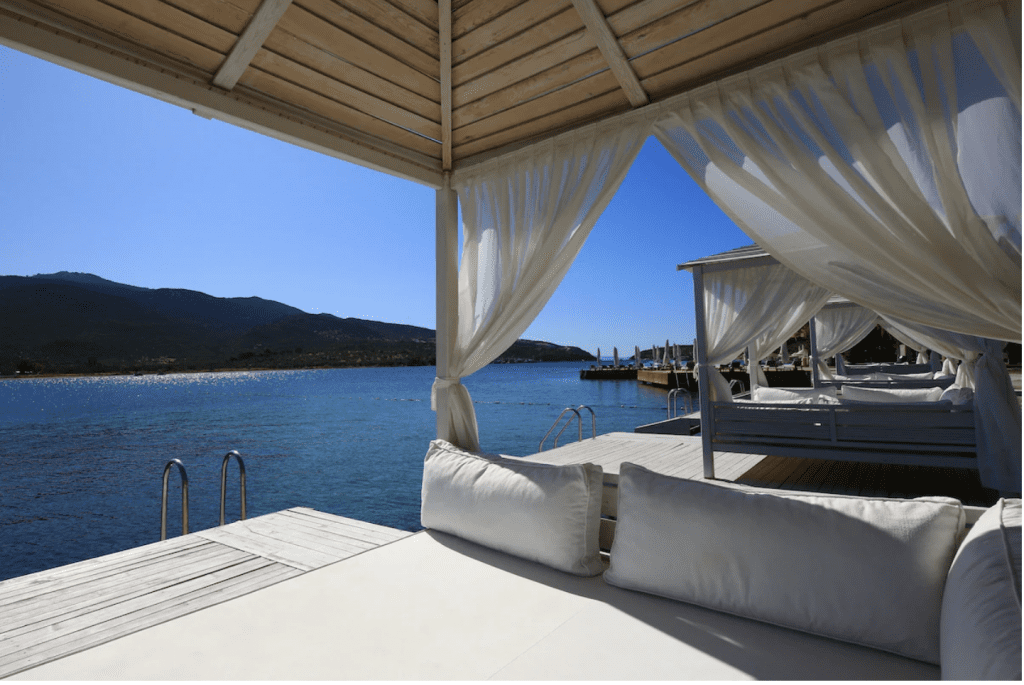 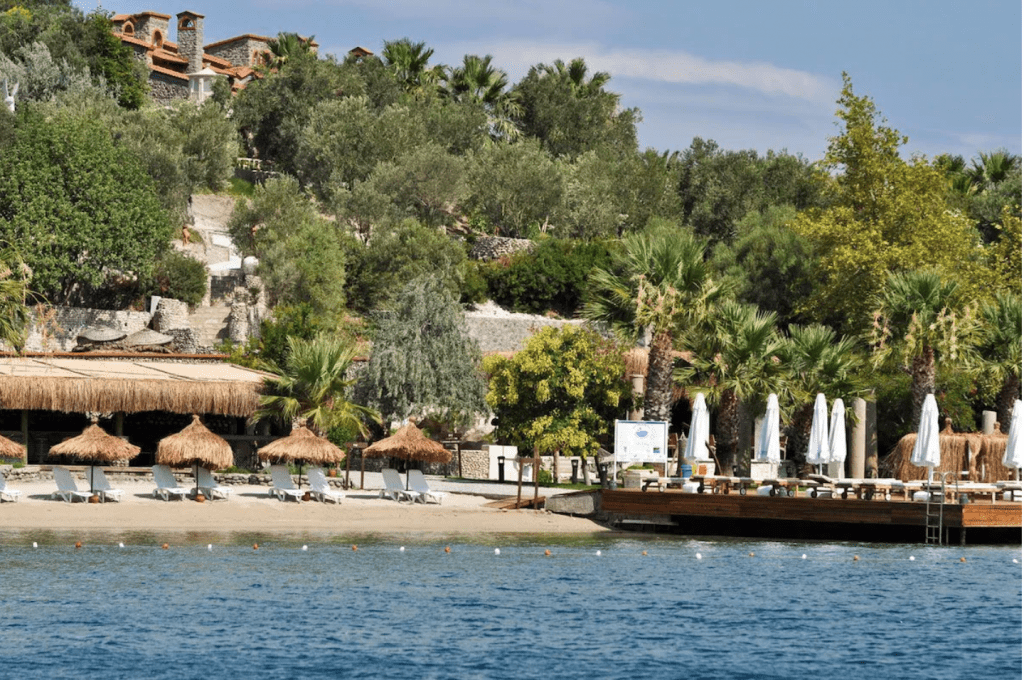 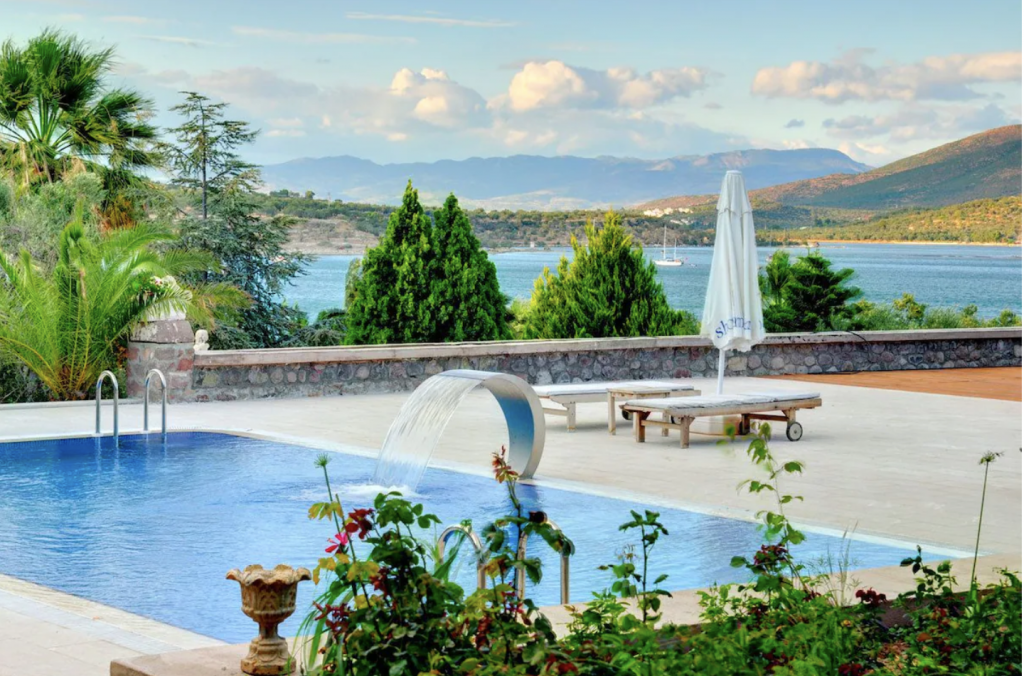 However, we will be dividing this in half for a challenge of 51 miles.