Challenge The National Parks! Week 3 takes our intrepid hikers to 6 new parks all across the US.  This week, we visit Indiana, Kentucky, Arkansas, Michigan, Minnesota and wild western North Dakota.  Come learn more about the beauty residing within our borders during week 3 of Challenge the National Parks!

Week 3 of Challenge The National Parks!  allows hikers to complete various trails by logging miles from the comfort of their local greenways and neighborhoods.  Also sprinkled thorughout the trails are different”Special Forces Challenges”.  Each Park’s mileage/challenge must be completed and logged by MissionFiT before hiking the next park. 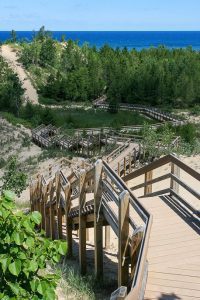 Our first park in week 3 of Challenge the National Parks is Indiana Dunes State Park (along the southern shore of Lake Michigan).  The park has access to some incredible hiking trails. The most adventurous is the 3 Dune Challenge. This 1.5-mile hike will lead you up and over the highest peaks in the Indiana Dunes: Mt. Jackson (176 feet), Mt. Holden (184 feet), and Mt. Tom (192 feet). As a result, there are amazing views of Lake Michigan, the Chicago skyline, and the surrounding landscape.  However, our group wandered through the Cowles Bog, West Beach, Little Calumet & Mnoke Prairie Trails.

Psalm 18:30-36: David knew that he could trust God. So, David describes the many reasons that he was able to trust God with, not only his enemies, but his entire life.

Psalm 18:37-50: David finishes the Psalm by describing how he fought against his enemies and experienced victory. However, David does not attribute the victory to his own skill but to God alone. David faced many enemies.

What are some “enemies” that you face in regards to your faith? How can you overcome those enemies? When have you seen God bring victory to your life based on your obedience to Him? David chooses to respond with praise and thanksgiving. What is your usual response to God? How can you begin to live a life of worship that gives glory to God in every area of your life? Mammouth Cave

Mammoth Cave National Park preserves the world’s longest known cave system. Mammoth Cave is a limestone labyrinth with more than 400 miles of it explored, and the park estimates a potential for another 600 miles in its system.

Stephen Bishop, a slave, worked in the cave from 1838 to 1856. Venturing beyond established tour routes, Bishop crossed a frightening landmark known as the Bottomless Pit to discover unmapped areas of the cave system. Unrecognized at the time, pioneers like Bishop helped spark the golden age of cave exploration and established themselves as legends of Mammoth Cave.

The cave boasts some of the richest cavernicolous creatures including 14 species of troglobites (animals that need to live in cave) and troglophiles (animals that can live in or outside cave) known only to exist there. One of the park’s most well known, and unusual, species is the Eyeless Cave Fish, which has adapted to the lightless environment by no longer growing eyes.

Each teammate must perform one genuine act of kindness before moving onto the next Milestone. 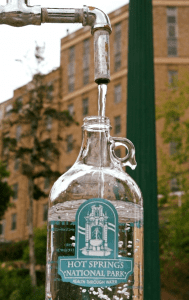 Hot Springs Reservation was initially created by an act of the United States Congress on April 20, 1832 to be preserved for future recreation. Established before the concept of a national park existed, it was the first time that land had been set aside by the federal government to preserve its use as an area for recreation. The hot spring water has been popularly believed for centuries to possess medicinal properties, and so became subject of legend among several Native American tribes.

The area was known as the “Valley of the Vapors” due to the numerous free flowing 143-degree hot springs in the Ouachita Mountain and earned its National Park designation on March 4, 1921. As people began to settle the area in the early 1800s, they capped the springs and piped them into bath houses. Today there are three thermal pools where you can experience the hot water.  Visit Buckstaff Bathhouse and Quapaw Bathhouse.

Hiking trails include the Sunset Loop, the Hot Springs Mountain Loop and the Dead Chief Trail.

Special Forces Challenge: Read Psalm 23 and process through the questions:

What does the Shepherd do for the sheep?

Surrounded by Lake Superior, Isle Royale is in the far reaches of the northern US.  So, the only way to access Isle Royale is by boat or sea plane. Amidst the stunning scenery of land and water, visitors can 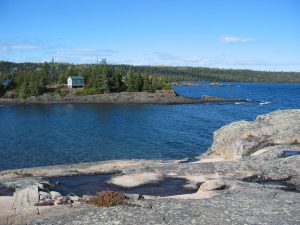 relax at one of the park’s campgrounds, explore 165 miles of trail, or explore the scenic coastline and the archipelago’s many coasts and bays.  Visitors can also learn about any one of 10 major shipwrecks near the Isle

Special Forces Challenge: Stairs!  Each team member counts the number of stairs up and down they complete in 1 minute. 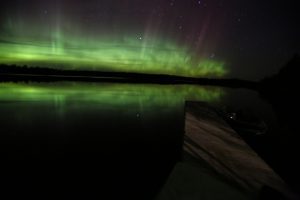 Located in northern Minnesota near the town of International Falls, Voyageurs was established in 1975. The park’s name commemorates the voyageurs—French-Canadian fur traders who were the first European settlers to frequently travel through the area. The park is notable for its outstanding water resources and, as a result, is popular with canoeists, kayakers, other boaters, and fishermen

Special Forces Challenge: Read Psalm 30 & process through the questions below: 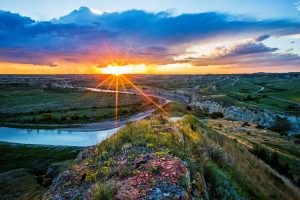 land in three sections: the North Unit, the South Unit, and the Elkhorn Ranch Unit.

Roosevelt’s Elkhorn Ranch is located between the North and South units, approximately 20 miles west of US 85 and Fairfield, North Dakota. The Little Missouri River flows through all three units of the park. The Maah Daah Hey Trail connects all three units.  Learn more about Theodore Roosevelt using these presentations.

Each teammate must complete 1 minute of plank shoulder tap, so each touch counts as a rep.

President Roosevelt used the cabin for a short time.  However, his time at his ranch and the cabin helped shaped his views on natural conversation. The cabin itself enjoyed a widely traveled history, passing from various owners through the years, and being moved to various locations. Eventually, the cabin returned to its current position and is being restored to its original state. The Daughters of the American Revolution undertook the task of locating many items that were housed within the cabin.  As a result, both a trunk belonging to Roosevelt and his writing desk adorn the cabin. The trunk was used as a lightweight traveling trunk, and three of Roosevelt’s books were written at his desk.