What’s In Your Water?

Do You Know What’s In Your “Sparkling” Water? 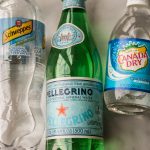 You pick up a refreshing “sparkling” water because you stopped drinking soda and miss the bubbles.  But do you know what’s in that “sparkling” water?  According to Consumer Reports (CR), there’s more in that bottle than meets the eye…or the label.

CR’s Report On What’s In Your Sparkling Water

The report, released in September 2020, chronicles the testing of over 40 different bottled waters, both carbonated and non-carbonated.  The tests found high levels of what are called “Forever Chemicals.”  Why that name?  Think about it.  The chemicals found in the brands tested stick around…forever.  Not just in nature, but in anyone who consumes products that contain these chemicals.

But Chemicals Aren’t On The Label

No, they aren’t listed.  And the reason is that many of these chemicals are not regulated by the Environmental Protection Agency (EPA).  According to The Food Babe,

In addition, the Food & Drug Administration does not have any regulations regarding the use of chemicals in bottles water.  So, you take your chances on what you consume, depending on the brand you choose. 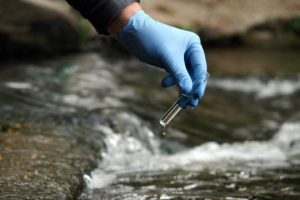 What Are PFAS Chemicals?

The problem?  Chemicals in the family of PFAS were used in things like non-stick cookware, ScotchGuard and firefighting foam.  As with most manufactured goods, sooner or later, the chemicals and other things used in manufacturing the goods seep out of the factory and into the environment.  Hence, the contaminated water supply.

Here are some resources so you can follow-up on this bit of news:

Learn More About Holistic Wellness through a Christian lens in Our FitBits!