To Renew spirits, Rebuild Health, and Restore relationships within the veteran community.

To provide holistic wellness care for veterans so they can experience a healthier transition to civilian life. 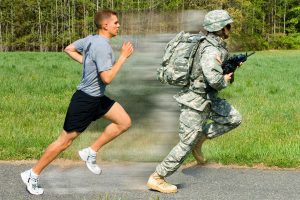 Today we will break down the reality of the veteran community.  Here’s some facts you should know:

is fifth in the number of Women Veterans, which represents 10.8% of the Veteran population: 84,073

ranks second in the number of Veterans living in rural areas: 137,357

ranks sixth in the number of military retirees: 92,553 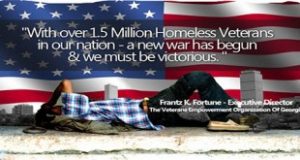 VA has launched special efforts to provide a “seamless transition” for those returning from service in Operations Enduring Freedom and Iraqi Freedom (OEF/OIF). Each VA medical facility and benefits regional office has a point of contact to coordinate activities locally to help meet the needs of these returning combat service members and veterans. In addition, VA increased the staffing of benefits counselors at key military hospitals where severely wounded service members from Iraq and Afghanistan are frequently sent. Once home, recent Iraq and Afghan veterans have ready access to VA health care, which is free of charge for five years following separation for any health problem possibly related to wartime service. Some 537,000 veterans from the conflicts in Iraq and Afghanistan have sought VA health care since returning stateside, about 47 percent of the total number of men and women leaving military service.

Data obtained by Eyewitness News shows tens of thousands of veterans are addicted to opioid pain killers since returning from combat – and the amount of narcotics prescribed by the military healthcare system is staggering.

At the Roudebush VA Medical Center in Indianapolis, the number of prescriptions issued for both hydrocodone and morphine jumped more than 400% in the decade following 9-11. The dramatic increase, documented by The Center for Investigative Reporting, far outpaced the VA’s center’s 43% increase in patients during the same time period.

13 Investigates has discovered narcotics overdoses have been killing veterans at an alarming rate.

The Department of Veterans Affairs has supplied Tim Fazio with nearly 4,000 oxycodone pills since he returned home after tours in Iraq and Afghanistan in 2008. Fazio says he was never in acute physical pain but used the pills to blot out feelings of guilt for surviving when many of his friends did not.

Since the 9/11 terrorist attacks, the agency charged with helping veterans recover from war instead masks their pain with potent drugs, feeding addictions and contributing to a fatal overdose rate among VA patients that is nearly double the national average.

Camp Pendleton Marine Jeremy Thomas had his hand blown off in Afghanistan in 2011. A year later, he was hooked on prescription painkillers. Another year in, he had turned to street heroin and crime to support his addiction.

Nationally, one in five of these vets has been prescribed an opioid, roughly twice the rate as for much older vets, according to a VA study.

Stay tuned….In Part 2 we will unpack the “Connection between Mental Health and Physical Health statistics”.