Do You Feel Stuck In A Rut?  Learn To Rewire Your Brain!

All month long, MissionFiT’s focus has been on Neuroplasticity.  In short, the ability of your brain to rewire itself.  In much the same way traumatic brain injury patients learn to walk again, MissionFiT athletes have completed different tasks in unusual ways to demonstrate how the brain can learn new work-arounds for old skills.

How The Brain Rewires

According to an article by Second Wind Movement, one of the myths of aging is that the way you age depends on your genes.  However, studies have shown that one’s ability to age is more dependent on how they focus on their environment, their behavior and their lifestyle.  So, “both your genetic makeup and the normal aging process do impact your cognitive health. BUT, you have majority control (as in, 75%) over the way you age.”  Let’s look at how the brain rewires itself. 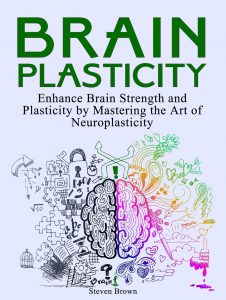 Neurogenesis is the process in which new neurons are formed in the brain.  Both the hippocampus and the cerebellum have the highest rate of neurogenesis because of these regions have the most granule cell neurons. These neurons could be called the backbone of neurogenesis.  To give you an idea of how lifestyle changes the brain, a study was done comparing the brain structure of bus drivers and cabbies in London.  Bus drivers have a regular route while the cabbies, like other cab drivers everywhere, have to really know how to get around the city.  “The bus drivers had measurably smaller hippocampuses from driving the same route every day vs the cabbies that relied on their brain to constantly navigate different daily routes.”  One cabbie remarked,

“I never noticed part of my brain growing – it makes you wonder what happened to the rest of it.”

Nine Ways To Rewire Your Brain

Second Wind Movement has come up with a list of 9 different things you can be doing to help your brain rewire.  Here’s the short list: