Missio is the Latin word for “Mission”, our ‘first name’. 😉 Learn about “Missio Dei”, the mission of God is and how that pertains to us.

Below, these scholars, Wycliffe, Laxton, Bosch, Hirsch help us define and understand the term “Missio Dei”…..

Francis DuBose in his work, God Who Sends, highlights the relationship between the imago Dei (image of God) and the missio Dei (the mission of God). The image of God in (or on) man was not lost at the fall; however, it was damaged. At the time Moses wrote Genesis, kings and emperors would place images throughout their kingdom signifying their reach and reign. Many scholars believe that God intended to convey this message to humanity: that they were placed here to image God to the created order. In other words, God’s intention for humans is to reflect his glory. This only happens when man is in right relationship with God, fellowshipping with him and enjoying perfect communion with him.

These three functions are alive and well within the human race today. Although these functions are to be practiced with the glory of God as the aim, they are not because of the Fall. These functions, because of God’s image in man being damaged, are misguided, misdirected, misappropriated, misunderstood, mishandled, and misused. We live in a fallen world, with a fallen race (humanity); and with a fallen race, comprised of damaged image bearers, you will find broken and fractured relationships, corrupted culture, and power-craved individuals and peoples. All of this is found both on the micro and macro level of humanity, and we all (at some time) have been guilty of breaking and fracturing a relationship, corrupting culture, and abusing power. In other words, we have all sinned.

Therefore, the missio Dei has, at the core, aims at restoring and renewing the imago Dei in man. This restoration mission and project is not solely individualistic, it is corporate and communal. God is on mission to restore a people unto himself, that they may be a people that bring him glory, honor, praise, and adoration. This mission seeks to restore a people for him to be their God and they his people, living in his glorious kingdom reflecting his majestic glory. Paul, in a few places, captures this notion of redeeming and renewing God’s image in man (Col 3:10; Rom 5:12-21; 8:29; 1 Cor 15:45-49; 2 Cor 3:12-18). In addition, there are other passages where the idea is certainly present.

As the church lives in the world on mission, they must not forget that the missio Dei is seeking to redeem and restore the imago Dei, in order that man may once again be in a perfect relationship by which they bring and reflect the glory of God in the created order. 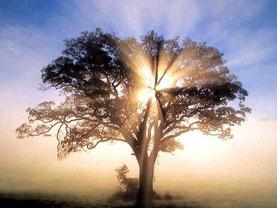 Mission was understood as being derived from the very nature of God. It was thus put in the context of the doctrine of the Trinity, not of ecclesiology or soteriology. The classical doctrine on the missio Dei as God the Father sending the Son, and God the Father and the Son sending the Spirit was expanded to include yet another “movement”: The Father, Son and the Holy Spirit sending the church into the world. As far as missionary thinking was concerned, this linking with the doctrine of the Trinity constituted an important innovation …

Our mission has not life of its own: only in the hands of the sending God can it truly be called mission. Not least since the missionary initiative comes from God alone …

Mission is thereby seen as a movement from God to the world; the church is viewed as an instrument for that mission. There is church because there is mission, not vice versa. To participate in mission is to participate in the movement of God’s love toward people, since God is a fountain of sending love.

Alan Hirsch believes the word missional “goes to the heart of the very nature and purpose of the church itself.” He continues, “So a working definition of missional church is a community of God’s people that defines itself, and organizes its life around, its real purpose of being an agent of God’s mission to the world. In other words, the church’s true and authentic organizing principle is mission. When the church is in mission, it is the true church. The church itself is not only a product of that mission but is obligated and destined to extend it by whatever means possible. The mission of God flows directly through every believer and every community of faith that adheres to Jesus. To obstruct this is to block God’s purposes in and through God’s people.” 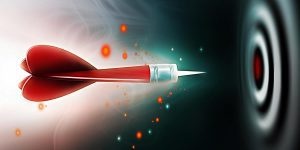 Are YOU in mission?

If not, what’s obstructing you?

Is it your health?

That’s why MissionFiT exists. We make sure health is never a barrier on your ability to serve, to be on mission, to be on THE MISSION.

Learn about how we do this here.