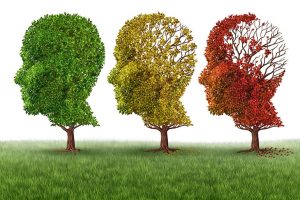 Last week we learned that “Without sufficient sleep, our ability to learn – the acquisition of new memories – begins to rapidly break down.” This week we are continuing our focus on sleep but as it pertains to memory loss with age.
“There is a common thread between:

The decline of deep, slow wave sleep begins much earlier in life than most people would expect, with losses occurring as early as the late 20s. By the time a person reaches 50, they’ve lost roughly half of their deep sleep, and by the time they’re 80, deep sleep brain waves are almost undetectable, according to Dr. Walker. Small wonder, then, that aging is accompanied by cognitive decline and substantive memory loss, especially in age-related disorders such as Alzheimer’s disease.

Sleep disruption is integrally associated with Alzheimer’s disease and its pathophysiology, with characteristic changes in sleep emerging well before the clinical onset of the disease. A key player in the development of Alzheimer’s disease is amyloid-beta, a toxic protein that aggregates and forms plaques in the brain. Insufficient sleep increases the production of amyloid-beta, and amyloid-beta deposition, in turn, impairs sleep – in a vicious, self-perpetuating loop.

Recent studies indicate that the lion’s share of amyloid-beta accumulates in the medial prefrontal cortex – an area Dr. Walker refers to as the “electrical epicenter” for the brain waves of deep, slow wave sleep – and the severity of accumulation significantly predicts the degree and extent of cognitive decline associated with Alzheimer’s. The accompanying loss of deep sleep impairs overnight memory consolidation and retention, further impairing hippocampal-dependent memory consolidation.
Dr. Walker’s research suggests that quality of sleep in later life may actually confer a kind of resilience, staving off the cognitive decline commonly associated with aging.”

If you missed Part 1, please click here. Stay tuned for Part 3 next week…