This summer MissionFiT athletes, families and friends will board planes. trains and automobiles in an effort to reach Athens, Greece.  Okay.  The athletes won’t literally travel to Athens.  However, this year’s Summer Journey Adventure to Athens promises to be just that… an adventure.  Read on to learn more!

To participate in the 2021 MissionFiT’s Summer Journey: Adventure to Athens, virtually visit 28 cities by accumulating mileage with your team as you go from one city to the next.  So, you can accumulate mileage wherever or whenever you go on vacation.  Or from the comfort of a local Greenway, your neighborhood or even on a trip to get groceries.

Who:  MissionFiT athlete plus friends or family.

Each team consists of 3 persons but only 1 person on the teams needs to be a MissionFiT athlete.  So use this journey as an opportunity to invite others into health and community with you!

There are four divisions in this competition to reach Athens:

Teams in this division will complete more miles than the Scaled Division.  However, those miles are gained and counted when team members take specific walks, runs or bicycle rides.  For example;

NOTE:  This division is great for teams that plan on completing at least 45 or more miles per week.

Just as the RX Division, teams in this division complete mileage counted from specific walks or runs or bike rides.  However, if team members are more suited to lower mileage gains, say less than 45 miles a week, then completing the journey requirements in the scaled division is a good fit for your team.

Like the RX SPECIFIC division, RX All Encompassing division will complete more miles.  However, every mile completed throughout your day will count. For example:

NOTE:  Choose this division if your team plans on completing at least 100 or more miles per week.

NOTE:  Choose this division if your team plans on completing less than 100 miles per week. 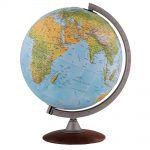 Instead of a catchy team name, teams will pick a Country.  So as countries compete against each other for bragging rights, so do MissionFiT teams.

How The 2021 MissionFiT Summer Journey:  Adventure to Athens Works: 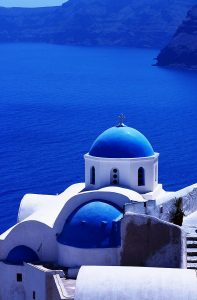 Compete with other teams around the country from your own home. The first team to complete the challenge wins a prize! 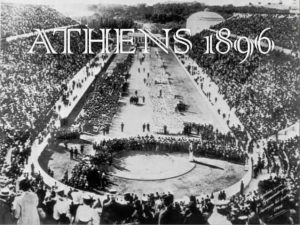 The 1896 Summer Olympics, officially known as the Games of the I Olympiad, was the first international Olympic Games held in modern history. Organized by the International Olympic Committee (IOC), which had been created by French aristocrat Pierre de Coubertin, the Olympiad was held in for 9 days in Athens, Greece.

[Approximately] Fourteen nations  and 241 male athletes took part in the games.[5][4] Participants were all European, or living in Europe, with the exception of the United States team. Over 65% of the competing athletes were Greek. Winners were given a silver medal, while runners-up received a copper medal.  Ten of the 14 participating nations earned medals. The United States won the most gold medals, 11, while host nation Greece won the most medals overall, 46. The highlight for the Greeks was the marathon victory by their compatriot Spyridon Louis. The most successful competitor was German wrestler and gymnast Carl Schuhmann, who won four events.

Athens had been unanimously chosen to stage the inaugural modern Games during a congress organized by Coubertin in Paris on 23 June 1894, during which the IOC was also created, because Greece was the birthplace of the Ancient Olympic Games.

The 1896 Olympics were regarded as a great success. The Games had the largest international participation of any sporting event to that date.  After the Games, Coubertin and the IOC were petitioned by several prominent figures, including Greece’s King George and some of the American competitors in Athens, to hold all the following Games in Athens. However, the 1900 Summer Olympics were already planned for Paris and, except for the Intercalated Games of 1906, the Olympics did not return to Greece until the 2004 Summer Olympics, 108 years later.  Learn more about the Olympics here.